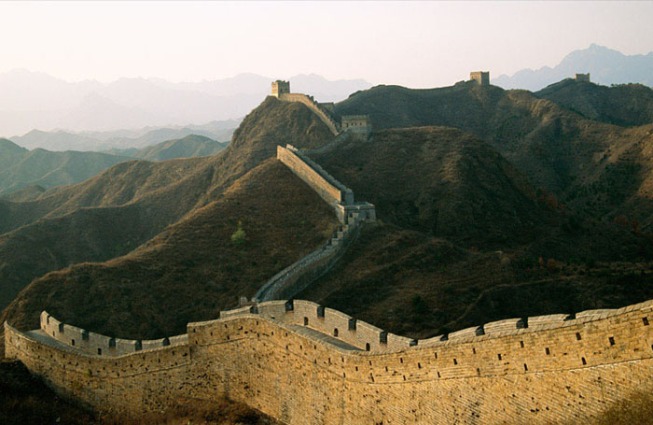 You’ve probably heard at least once in your lifetime that the Great Wall of China is the only human-made object that can be seen from space with the naked eye. Well that’s not exactly true. In perfect conditions (with the wall casting a large shadow and clear skies) it is possible for astronauts in low Earth orbit (90-300 miles) to spot the wall if they have extremely good eyesight. However, for most who’ve claimed to have spotted portions of the wall, it was later determined that what they were looking at was a river or the Grand Canal of China.  As Chinese astronaut, Yang Liwei, stated: “I did not see the Great Wall from space. You can’t see it.” Funny enough, the idea that the Wall could be seen from space with the naked eye originated decades before humans went to space, notably attested in The People and the Politics of the Far East, by Henry Norman (1904): “Besides its age [the Great Wall of China] enjoys the reputation of being the only work of human hands on the globe visible from the moon.”…. READ MORE