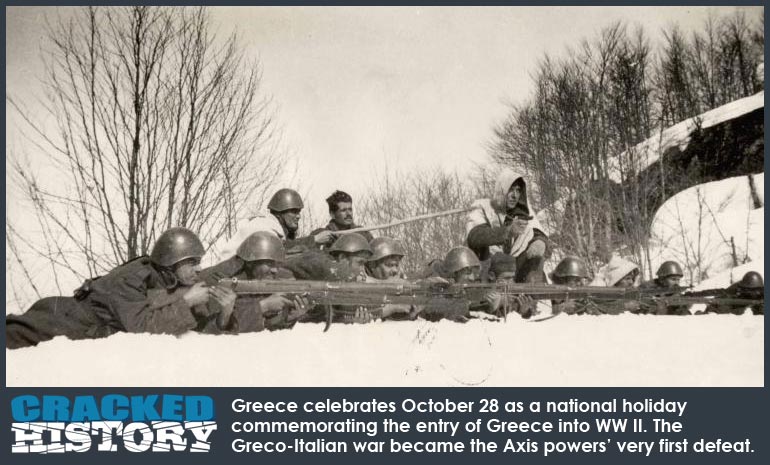 Greece celebrates October 28 as a national holiday commemorating the entry of Greece into World War II (WW2). The Greco-Italian war of 1940 was a military conflict between Greece and Italy lasting from October 28, 1940, until April 23, 1941, and became the Axis powers’ first defeat….Read More